The “Neutra Furniture Collection by VS”

on tour in the USA 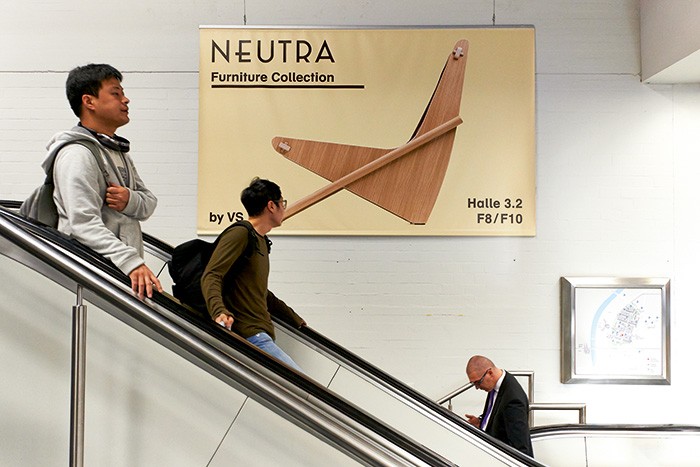 After its highly acclaimed premiere at the “imm cologne” at the start of 2014 the furniture from the “Neutra Furniture Collection by VS” set off around the world. An exhibition lasting several weeks in the American city of Los Angeles was followed by appearances in the world metropolises of London (United Kingdom), New York (USA) and Paris (France).

At the beginning of the year VS presented its Re-Edition furniture of the “Neutra Furniture Collection by VS” to the public for the first time: at the “imm cologne” the designs of the architect Richard J. Neutra, who died in 1970, met with huge interest. From there it set out on tour around the globe.

After its debut at the “A+D Architecture and Design Museum” the Collection moved on to London, New York and Paris:

The “May Design Series” opened its doors in London from 17 to 19 May 2014, presenting new products in the fields of kitchens, bedrooms and bathrooms, lighting, innovative design and interior furnishings. The highlights of the design fairs in Stockholm, Milan, Cologne and Paris were exhibited in four modern-design containers at the special show “DX Freight”. The “Architonic” online search portal, much used by international architects and designers, was responsible for putting together a best-of selection from the “imm cologne”, which included among others the “Cantilever Chair” from the “Neutra Furniture Collection by VS”.

629 exhibitors and around 31,500 visitors attended the “26th International Contemporary Furniture Fair” (ICFF) in New York from 17 to 20 May 2014. This makes it the most important design fair in North America. VS utilised the opportunity to present its “Neutra Furniture Collection by VS” to the American market. The interest was great, with Neutra having realised many of his most well-known building projects in the USA. But only a small number of visitors were aware at this point that Neutra had also designed furniture for his buildings.

HERE to find out more about the “Neutra Furniture Collection by VS”.

A unique exhibition is the annual “D’DAYS” in Paris. From 19 to 20 May 2014 the French capital was transformed into a huge design museum. In public squares, at cultural attractions, in museums and even businesses: there were plenty of surprises to be discovered across the city. At the “Mona Bismarck American Center for art & culture” Jacques Barret, Director of the Parisian “Triode Design” showroom, presented the exhibition “American Design – Paris / New York”. Both the “Cantilever Chair” and the “Boomerang Chair” from the “Neutra Furniture Collection by VS” were featured, representing modern classics of the “International Style” in Paris. Even the renowned magazine “Elle Decoration” sat up and took notice, devoting several pages to the exhibition in its June edition, which you can read