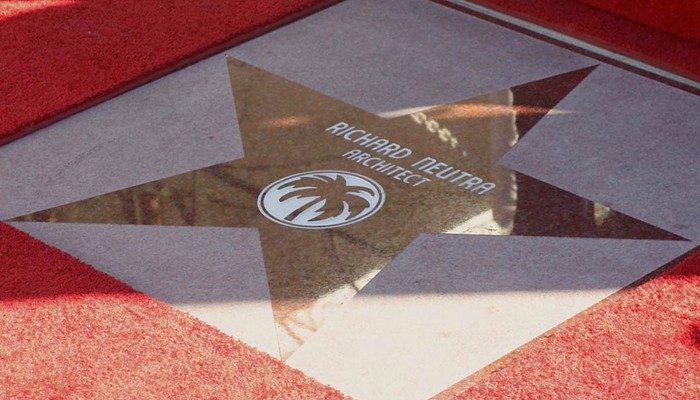 The Californian city of Palm Springs is part of the cradle of Mid-Century Modernism, not least thanks to the buildings of Richard Neutra. It was there in 1937 that the Austrian-born architect built the celebrated Miller House. Ten years later he created with the Kaufmann House on the edge of the desert one of the most important icons of modern 20th century architecture in the USA. 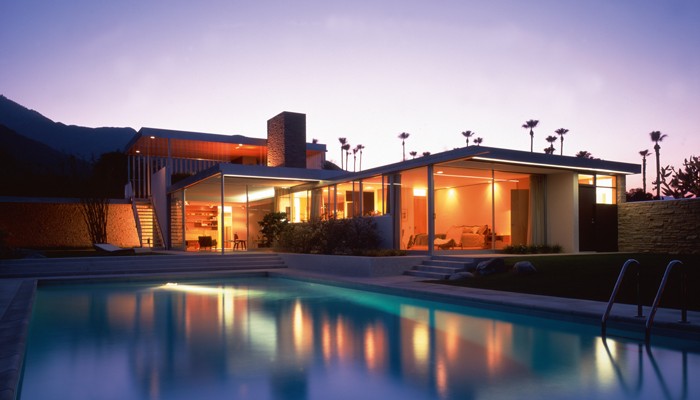 For his contributions as a visionary pioneer of the International Style Neutra, who died in 1970, has now been honored during Modernism Week in Palm Springs with a star on Palm Canyon Drive. At the unveiling of the star on the sidewalk in the immediate vicinity of the Art Museum, Raymond Neutra, the youngest son of the “STARchitect”, spoke the following words in the presence of Mayor Steve Pougnet, author Barbara Lamprecht and other distinguished guests:

“I like to see that half a century after he died people are still appreciating  all the effort he made to house people in a humane way.” 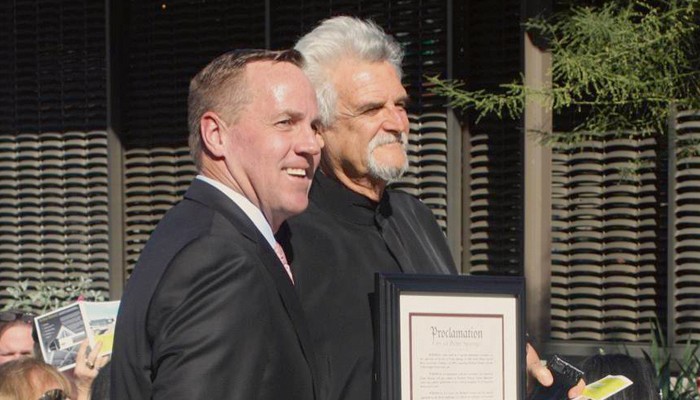 It was his deeply humane approach that enabled Neutra’s buildings to become milestones of modern architecture. His well-lit houses are highly desirable universal works of art that, with their large glass frontages, elegantly fuse the internal with the external. They are thoughtfully embedded in the surrounding landscape and were often also designed by Neutra from their interiors right down to the furnishings. It comes as no surprise then that in 2008 the Kaufmann House after being faithfully restored was auctioned at the premium price of over $ 16 million not as a real estate property but as a work of art.